(A short sci-fi story writing with ChatGPT and illustrated by Midjourney.)

Ava woke up with a start, her heart racing and her sheets drenched in sweat. She had been having the same nightmare for weeks now, ever since she had arrived on the distant planet.

In the dream, she was back on Earth, but everything was different. The sky was a sickly green, and the streets were filled with people dressed in strange, unfamiliar clothes. They all looked at her with suspicion and fear, and she could hear whispers of “traitor” and “spy” as she walked by.

She tried to find her way home, but the streets were twisted and unfamiliar. Every time she thought she was getting close, she would turn a corner and find herself back where she started.

As she walked, she felt a sense of dread growing in the pit of her stomach. She knew that she was being watched, and she could feel eyes following her every move. She tried to shake the feeling, but it only grew stronger.

And then she saw him. A tall, imposing figure, dressed in black and with eyes that seemed to be staring into her very soul. He stood at the end of the street, watching her with a cold, calculating gaze.

Ava tried to run, but her legs wouldn't move. She was trapped, and she knew that the figure was coming for her. She opened her mouth to scream, but no sound came out.

Ava woke up with a gasp, her heart pounding. It was just a dream, she told herself, but she couldn't shake off the feeling of unease it left her with.

Ava stared out at the barren landscape of the distant planet. The sky was a hazy orange, and the only signs of life were the rugged mountains in the distance and the occasional patch of scrubby vegetation. She had been on this planet for months, working alongside a team of scientists and engineers to develop a method for terraforming it, making it habitable for human life.

It had been a long and difficult journey to get here. Ava had always dreamed of working on the frontiers of space exploration, but as a young woman from a working-class family, she had faced many obstacles along the way. But she had always been driven by a fierce determination and a desire to make a difference. And now, here she was, part of a team that was making history.

Ava was the junior engineer on the team, but she had quickly proven herself to be one of the most capable and innovative members. She had a natural talent for understanding and manipulating the complex systems they were working with, and her colleagues had come to rely on her skills and her quick thinking.

As she looked out at the planet, Ava couldn't help but feel a sense of excitement and hope. They had made significant progress in the last few weeks, and she knew that they were on the brink of a breakthrough. The team had been working tirelessly, day and night, to perfect the technology that would make this planet livable. She could feel the tension in the air as they all waited for the final test results.

Ava watched as the team leader, Dr. Patel, gave the final countdown. “Five, four, three, two, one,” he said, as he hit the button to activate the terraforming device.

Ava held her breath as the device hummed to life. The team had worked for months to perfect this moment, and the fate of the planet and the future of humanity hung in the balance.

The device emitted a bright light, and the ground began to shake. Ava could see the mountains in the distance start to change shape and new vegetation began to grow out of nowhere. The sky cleared and the orange haze was replaced by a deep blue.

The team watched in awe as the planet began to transform before their eyes. The barren wasteland was replaced by lush forests, sparkling lakes, and meadows of wildflowers.

Ava felt tears of joy and excitement in her eyes as she realized that they had done it. They had developed a technology that could change the course of human history and make the dream of interstellar colonization a reality.

The team erupted into cheers and hugs, as Ava felt a sense of accomplishment she had never felt before. But their celebration was short-lived as they heard a loud noise and the ground started shaking again. They quickly realized they were under attack. 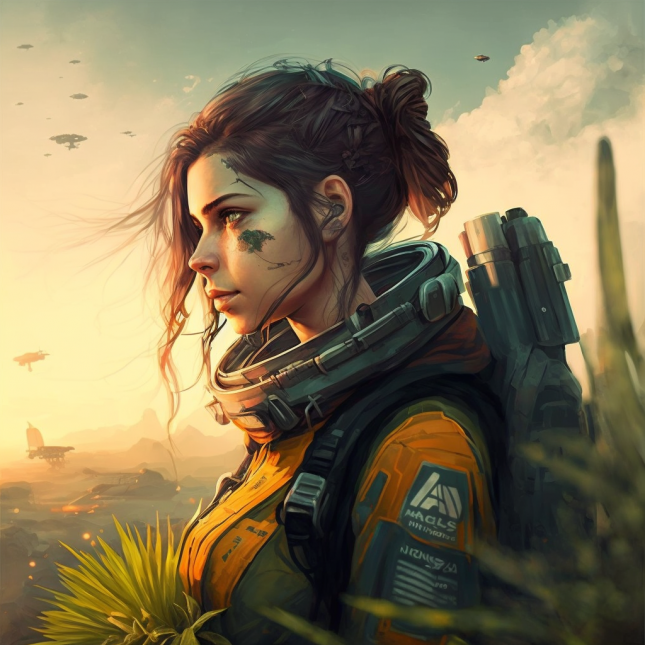 For some time, I have a problem to keeping track of the relation between the modern and fashionable languages and their strongest influencing counterparts. The list is highly biased towards languages I am interested in, and the relation is strongly opinionated and feeling-based, but as a rough list, it suffices. Most of the languages are compared in these benchmarks.

Worse is Better meets Execution in the Kingdom of Nouns

Liberty vs. safety in programming (originally posted around 2012)

An old piece but still topical — finally time to move beyond Java? Execution in the Kingdom of Nouns

From the other side of Haskellia, Ocamlica, Schemeria, people sooner or later face problems related to something like The Lisp Curse:

Lisp is so powerful that problems which are technical issues in other programming languages are social issues in Lisp.

In other words, the fact that people have to struggle in Java with those chains and obstacles resulting from the design of the language bind them together socially (maybe it is just another facet of Worse is Better). They are building design patterns for all that factories, managers, and executors which everyone can understand after not too long and hard studies. There are certificates that you know well the obstacles. Young programmers can use them as a kind of guide-lines how to work “well” and it helps them to feel they are “good programmers” rather quickly. And last but not least, it gives that pleasant (fake) feeling you are doing a lot of work, even if you are only stumbling over the language itself. In Haskell/Lisp-like languages, it takes a hell of a time to be an average programmer, and the good ones need god-like abilities. Of course, then, the language repays with god-like powers (which usually only a few other god-like programmers can understand and value; Mark Tarver and his Shen is a nice example).

Maybe this is something well-known to sociologists or political scientists, a some kind of deeper principle for groups of people. It seems to me that something quite similar is the cause why all working societies (I know of) are much more authoritarian than libertarian.

And of course, I am not saying Java should not be more open to functional concepts. Actually, ~8 years after the Kingdom of Nouns, we’ve got lambdas in Java 8.